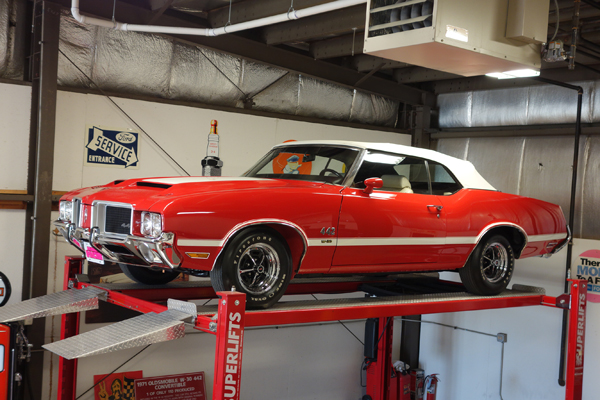 As we head into spring, we have a few very rare vehicles coming up at National Muscle Cars, each with their own unique appeal to collectors around the globe. There is however, one specific vehicle that stands out particularly amongst the rest - The '71 Oldsmobile 442 W30 Convertible.

While we pride ourselves on selling the best of the best classic, antique and muscle cars available - and while we've previously sold hundreds of extremely rare and highly valuable vehicles - there is a good chance that this is one of the very finest specimens we've ever had our hands on.

You might be asking yourself right now, "what's the big deal about this 442?". Or maybe you're simply anticipating the rest of this article to see what all the fuss is about. Alternatively, you very well may still be picking your jaw up off the floor after reading the first paragraph because you're already "in the know" about this vehicle and the simple thought that it's up for sale has you salivating in awe. Whatever the case may be, either one of these 3 reactions are completely acceptable.

Before we delve into the juicy details of our newly acquired diamond in the rough as well providing the information on how you can purchase it, let's get started with a little bit of background info.

Oldsmobile, the 442, and the introduction of the W30

It all started in the 1964 model year when Oldsmobile introduced the 442 option for their F-85 and Cutlass production vehicles. It was Oldsmobile's answer to the unexpected success of the Pontiac GTO, which although was still a GM vehicle, was nonetheless considered to be the competition to Oldsmobile.

The 442 name, despite what many people automatically and incorrectly assume, is not because the vehicle sports a 442 cubic inch engine. In fact, the name is the result of an interesting and unique combination of factors. The original model was equipped with a four-barrel carb, a four-speed manual transmission and dual exhaust - hence the four, four, and two. While these options didn't remain constant with certain changes such as a 3-speed automatic that was offered in '65, the 442 name and badging remained.

The 442 became an instant hit, and beginning in 1966 Oldsmobile offered the W30 package as an upgrade available on the also newly introduced L69 option which featured triple two-barrel carburetors. The W30 option featured an outside-air-induction system, a feistier camshaft. There were only 54 of the new 442 W30s produced by the factory in it's first year, though Oldsmobile later pumped out another 97 of them delegated specifically for display at dealerships.

The W30 option continued to be available as years went by, and the features that came with the W30 package changed slightly over the years including the move from the triple two-barrel carb to a single four-barrel Quadrajet and the addition of red inner wheel-wells in 1967, the upgrade to Ram Air intake hoses in 1968, a fiberglass hood with functional air scoops, an aluminum intake, and other motor upgrades in 1970, and more. Any new upgrades with the non-W30 442 models over these years were of course also present in the W30 by default.

While the 442 became quite popular and a proven success for Oldsmobile, the W30 was the ultimate 442. Nowadays, the W30 models are few and far between, making them especially valuable and highly sought after cars amongst serious collectors.

As we mentioned before, we truly pride ourselves on our ability to offer up some of the finest classic cars available on earth. We have bought, sold, and traded with some of the most reputable buyers, sellers and collectors from around the globe. Instead of focusing on purchasing as many classic cars as possible and keeping a huge and rapidly changing inventory, our goal is to offer nothing less than the finest specimens of the most rare and sought after classic cars available.... Enter the 1971 Oldsmobile 442 W30 Convertible.

Lets begin by be honest and simply saying that we're not really sure where to start. This is a factory authentic 1971 Oldsmobile 442 W30 Convertible. It isn't a clone, nor is it a non-W30 442 that was updated with the W30 options at a later date - this is the real deal. And as you'll soon see, the factory authenticity is just the beginning 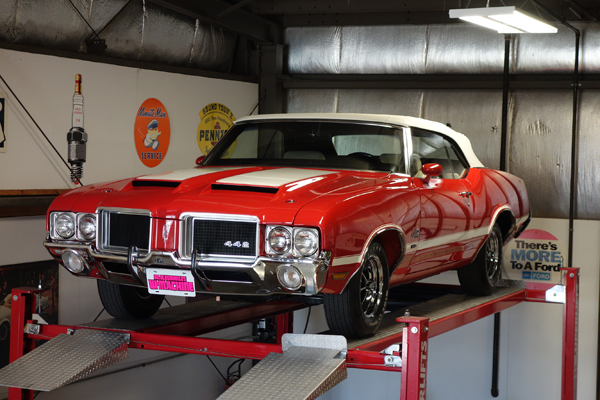 Oldsmobile produced only 110 convertible 442s with the W30 package in 1971 which immediately makes this gorgeous vehicle a true rarity today in 2015. However, there's something else - there were only two 1971 W30 442 Convertibles produced in December of 1970 and this is one of them! Furthermore, it is believed to be the first production W30 Convertible for the model year! In fact, it was built as a factory show car and it is widely believed that this is the first of the two December models, making it the earliest 1971 W30 ever produced.

Being the natural rarity that it is, this W30 has gained plenty of attention over the years, including attention from the eyes of many experts. Included in the W30 registry and believed to be only 1 of 1 as equipped, it features some truly impressive characteristics that add up to an ultra-rare vehicle that has been inspected and verified numerous times as an authentic W-30 by several noted experts.

As a car built specially for show use by General Motors and Oldsmobile, it naturally came with every factory option available. This car is well known among aficionados and collectors alike, who agree it is one of the rarest 1971 442 W30's produced, equipped with every option available, including:

There are truly no unexpected surprises with this 442. If you're expecting a disappointment such as a replacement motor or trans, don't fret. This vehicle is highly documented and retains the factory original matching numbers W30 engine, transmission and rear end that it was born with. The Original W30 VIN stamped engine, original OW-code VIN stamped automatic transmission, and the original 3:08 Rear Gear Ratio (exclusive to W30 Cars with Air Conditioning) are still in place today. It also still retains other original parts exclusive to the W-30 package, including the original red fender liners, factory GM H-code cylinder heads, factory intake manifold, correctly stamped 7041257 carburetor, 1112034 distributor and more. 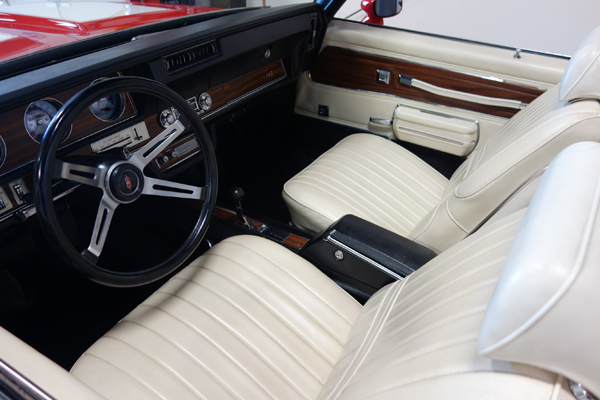 Compounding the rarity of this is the fact that according to GM factory records, it was officially "delivered" to the Milwaukee, Wisconsin Lake Front in January 1971 to officially begin its tour as General Motors factory show car. With no expense spared, this beauty was (and still is) a true stunner.

In the mid '80s, the car underwent a complete body-off restoration, and after passing through just a handful of long-term owners it was purchased by a well-known collector, who due to the car's significance restored it again in 2014 to a much higher standard.

From its initial production in Lansing, Michigan, it has kept the original factory colors of matador red with a white power convertible top and deluxe white bucket seat interior. This eye-popping and extremely appealing color combo is of course finished off with white rally stripes on its W-25 Open Air Induction Ram Air Hood. There's little doubt that it is one of the most striking color combinations out there. The car is also an absolute pleasure to drive, as it runs and handles as a properly sorted GM A-body should. 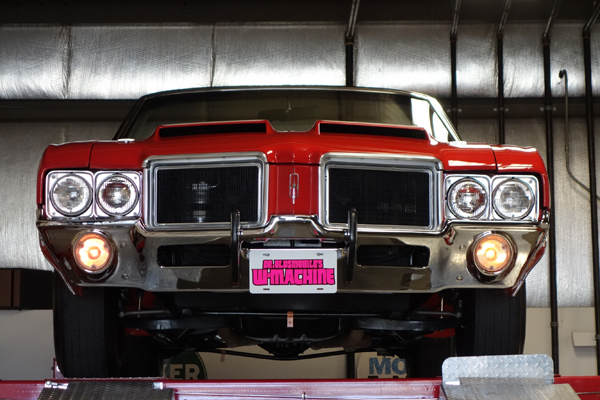 As a registered W30 vehicle with every available factory option, its status as just 1 of 2 produced in December of 1970 and the documented history as a GM factory show car, there is absolutely no doubt that this one of the most spectacular vehicles you will ever have the chance to purchase. Even without these highly valuable factors, the 1971 Oldsmobile 442 W30 Convertible is a complete rarity in itself. However, in this case we've been lucky enough to find the rarest of the rare, making it not only a highly desirable vehicle to own, but one with a downright exceptional investment value.

It is owned by National Muscle Cars of Huntley, Illinois and is currently available for sale ONLY through us. If you are interested in owning this phenomenal piece of muscle car history, don't hesitate to inquire. This W30 is currently listed on the market and is for sale globally; it will not be long before someone jumps at this excellent opportunity and makes the purchase. If you or someone you know holds serious interest in this vehicle, the time to act is now.

For more information, contact National Muscle Cars directly by email at This email address is being protected from spambots. You need JavaScript enabled to view it. or by phone by dialing 847.669.4100 within the continental United States.